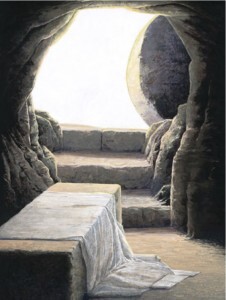 If it can be proven that Jesus didn’t rise from the dead, Christianity would, at its core, be falsified.

In light of this, it’s important to address objections (see The Risen Lord or Hallucination and Did Jesus Rise or Swoon?) to the resurrection. In this post the hypothesis that Jesus’ resurrection is myth will be examined.

People who argue that Jesus’ resurrection is myth claim that the story was simply borrowed from ancient mythology, and that while other ancient myths have died or been exposed as myth, for some reason this particular one managed to stick.

But is there any truth to this? Could Jesus’ resurrection story be borrowed?

There are several issues with the claim that Jesus’ resurrection story is borrowed from ancient mythology.

First, it should be mentioned that even liberal scholars reject this theory against the resurrection. While the theory gained traction in the 19th century, it is largely dismissed today. Here’s why:

Parallels between ancient mythology and the story of Jesus’ resurrection are simply not there. In other words, evidence does not support this theory.

For example, Mithra, an ancient sun god, is said to be born of a virgin and later resurrected from the dead. However, the myth also holds that Mithra was born of a rock (how can a rock be a virgin?).  Furthermore, there is actually no record of Mithra’s death or supposed resurrection.

Finally, even if a few parallels are granted, these alone are not enough to refute Jesus’ resurrection in light of the abundance of evidence in its favor. For example, eye witness accounts of Jesus’ crucifixion and resurrection (the apostle Paul’s dating within 5-10 years of the events) still exist and must be addressed. As historian Mike Licona points out, “You can’t dismiss the resurrection unless you can refute its solid core of supporting evidence.”

Want to learn more about Jesus and what it means to have a relationship with him? Read:
Is Jesus God?