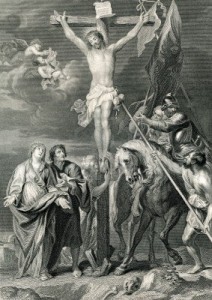 Christianity rests on the resurrection. If this central claim can be disproven then faith in the Christian God is for not.

The first popular objection to Jesus’ resurrection is that he never actually died to begin with. This objection is also known as “the Swoon Theory” because it posits that Jesus simply swooned or passed out while on the cross. The people and disciples who witnessed his swooning believed him to be dead and therefore proceeded to bury him. When Jesus later revived and went to them they mistakenly concluded that he had been resurrected from the dead.

The first issue with this hypothesis is the idea that someone could someone survive a crucifixion. Not only did the soldiers (who had witnessed many crucifixions), Pilate, Joseph, and Nicodemus judge Jesus to be dead at the site of his crucifixion, but factually speaking the chances of Jesus surviving a tremendous loss of blood, severe wounds to his hands and feet, and his side being speared (piercing his lung), are very slim.

Secondly, Jesus was embalmed in 100 lbs. of spices and bandages and placed in a guarded tomb. Even if Jesus had managed to survive the crucifixion, the notion that he would have strength enough to unwrap himself, roll back the large tomb stone, break the tomb seal, and escape unnoticed/fight off the guards is a stretch to say the least.

Finally, if Jesus survived the crucifixion and successfully escaped the tomb it would mean he was a liar and a fraud for claiming he had been resurrected. Not only does this go against what we know of Jesus’ personality and teaching, but it isn’t rational either.