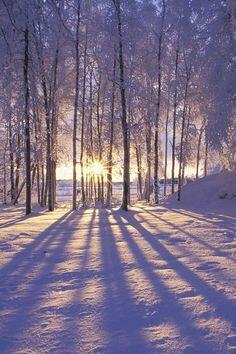 For centuries, during what’s known as the Advent season (advent meaning “coming”), followers of Jesus around the world have remembered both “advents” of Christ: his birth in Bethlehem and his final return to earth which is still to come.

Unfortunately, Advent is often overshadowed by the hustle and bustle of Christmas preparations and celebrations.

And Jesus, the greatest gift of all, is forgotten.

Below are five quotes to help you intentionally place your focus on the birth, life, death, and resurrection of Jesus Christ this December.

A prison cell, in which one waits, hopes… and is completely dependent on the fact that the door of freedom has to be opened from the outside, is not a bad picture of Advent.
– Dietrich Bonhoeffer

For you know the grace of our Lord Jesus Christ, that though He was rich, yet for your sake He became poor, so that you through His poverty might become rich.
– 2 Corinthians 8:9

He by whom all things were made was made one of all things. The Son of God by the Father without a mother became the Son of man by a mother without a father. The Word Who is God before all time became flesh at the appointed time. The maker of the sun was made under the sun. He Who fills the world lays in a manger, great in the form of God but tiny in the form of a servant; this was in such a way that neither was His greatness diminished by His tininess, nor was His tininess overcome by His greatness.
– St. Augustine, Sermon 187

The greatest gift you will ever receive will never be found under a Christmas tree. It is far too valuable to be stored in any other place but in the depths of your heart.
– Anonymous

For a child will be born to us, a son will be given to us;
And the government will rest on His shoulders;
And His name will be called Wonderful Counselor, Mighty God,
Eternal Father, Prince of Peace.
There will be no end to the increase of His government or of peace,
On the throne of David and over his kingdom,
To establish it and to uphold it with justice and righteousness
From then on and forevermore.
– Isaiah 9:6-7

Also see:
Find New Life in Christ
Who is the Jesus of Christmas?Who is the Baby in the Manger?