About this Video
David Berlinski, PHd in philosophy, asks “Is the Darwinian Theory clear enough so that it could be correct?” Berlinski says no. He claims that Darwin’s theory is a mess and is like looking into a room full of smoke, nothing is clear. The theory doesn’t say how life begins, the theory starts after the origin of life, with a single cell. Ben Stein discovers that a cell is infinitely more complicated than Darwin thought in 1859. Darwinist Michael Ruse, actually believes Darwin’s theory is more plausible than intelligent design. Ruse supports his opinion with the theory that life is formed on the backs of crystals. Nobel prize winner Francis Crick believes life originated by aliens. Is it even conceivable that life could have happened in a step-by-step method?

Evolutionists are here today and gone tomorrow, their belief is that there is no life after death and that there is no free will. Since throughout history, evolution has been illegal to teach, many Christians are unaware of evolution. Science can erode faith by reporting the horrible conflicts with religion. For most evolutionary biologists, Darwinism leads to atheism. They feel religion is fantasy and empty of explanatory content and they hope for religion to fade away and science to replace it. Science was used to replace humans during WWII. People who were handicapped and not able to work were useless eaters and were killed by Nazis. They wanted a society without illnesses and without handicaps. Darwinism was the driver of this madness. (watch video)

Ben Stein toured the Hadamar death camp where useless people were killed during WWII. The movement of evolution continued its obsurdity with Eugenics by sterilizing the feeble minded and preventing them from getting married. 50,000 were sterilized because they were unfit to breed. Planned Parenthood drove this movement by pushing birth control for the impoverished and lower classes to help them improve their species. These are examples of how evil can be rationalized as science. Sadly, Hitler thought he was bettering humanity by driving evolution forward. The inhumane drive continues with euthanasia and abortion. (watch video)

Ben Stein begins this video by voicing concern that freedom of inquiry and expression in science is being suppressed. There is a major bias against the possibility of the intelligent design of the universe that prevents an honest evaluation of new supportive scientific discoveries. This bias is illustrated in his interview with Evolutionary Biologist Richard Sternberg who has been ostracized for his conclusions regarding intelligent design. Many other professors who address the topic of intelligent design are also receiving condemnation from their peers for publicizing their views. (watch video)

Ben Stein is concerned that “Modern Theory of Intelligent Design is microwaved creationism.” Dr. Nelson from Biola University, claims that creationism properly understood begins with the Bible, asking “How can I fit the Bible into the data of science?” Whereas intelligent design is study of patterns of nature that are best explained as a result of intelligence. Then Darwinism states there is a common decent of all life on earth from a single ancestor by undirected mutation and natural selection. Scientists who are creationists claim that Darwinism corrupts and distorts the evidence and it is bad for science. Darwinism is used to prop a theory that doesn’t fit it. (watch video) 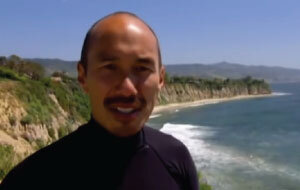 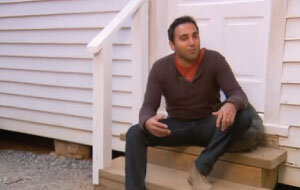 Religion – Why Isn’t It Working?

We can’t prove or disprove the existence of God. How can we even know if there is a God? END_OF_DOCUMENT_TOKEN_TO_BE_REPLACED

In 1955, Professor Antony Flew set the agenda for modern atheism with his Theology and Falsification, a paper presented in a debate with C.S. Lewis. END_OF_DOCUMENT_TOKEN_TO_BE_REPLACED

Does science point to the existence of a creator? John Burke examines the scientific evidence that suggests we are the product of intelligent design. END_OF_DOCUMENT_TOKEN_TO_BE_REPLACED

Belief in God, as Professor Kreeft shows, is more rational than belief in nothing. Logic, science, and reason, support God. END_OF_DOCUMENT_TOKEN_TO_BE_REPLACED