About this Video
Belief in God, according to atheists, is irrational, illogical, and dumb. Belief that the universe created itself is, they say, intelligent, rational, and based in science. This is simply false. Nothing can create itself. Everything has a cause–including the universe. That cause, argues Peter Kreeft, professor of philosophy at Boston College, is God, the “unmoved mover.” Belief in God, as Kreeft shows, is more rational than belief in nothing. Logic, science, and reason, support God. Atheism, as you’ll see, is far more steeped in blind faith than is belief. 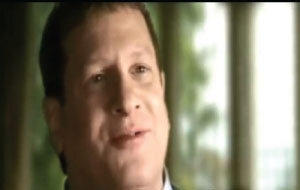 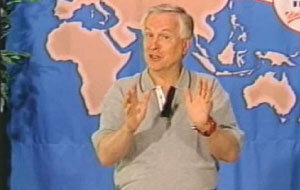 Is The Bible True? by Josh McDowell

We can’t prove or disprove the existence of God. How can we even know if there is a God? END_OF_DOCUMENT_TOKEN_TO_BE_REPLACED

In 1955, Professor Antony Flew set the agenda for modern atheism with his Theology and Falsification, a paper presented in a debate with C.S. Lewis. END_OF_DOCUMENT_TOKEN_TO_BE_REPLACED

Does science point to the existence of a creator? John Burke examines the scientific evidence that suggests we are the product of intelligent design. END_OF_DOCUMENT_TOKEN_TO_BE_REPLACED

Belief in God, as Professor Kreeft shows, is more rational than belief in nothing. Logic, science, and reason, support God. END_OF_DOCUMENT_TOKEN_TO_BE_REPLACED