About this Video
Richard Dawkins always seems to stay on top of his interviews and tends to make his interviewers look like complete idiots. Well, Ben turns the tables on him this time.

About Ben Stein
Ben Stein studied economics and law, and worked at the Federal Trade Commission. During the Watergate scandal, he became a speech writer for Richard Nixon. Throughout this time, Stein also had a foot in Hollywood, and in 1986 he got a bit part in Ferris Bueller’s Day Off as an economics teacher droning attendance. Stein received more movie roles and hosted a game show. 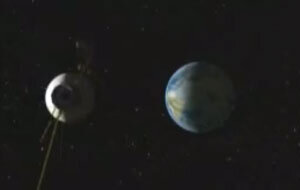 We can’t prove or disprove the existence of God. How can we even know if there is a God? END_OF_DOCUMENT_TOKEN_TO_BE_REPLACED

In 1955, Professor Antony Flew set the agenda for modern atheism with his Theology and Falsification, a paper presented in a debate with C.S. Lewis. END_OF_DOCUMENT_TOKEN_TO_BE_REPLACED

Does science point to the existence of a creator? John Burke examines the scientific evidence that suggests we are the product of intelligent design. END_OF_DOCUMENT_TOKEN_TO_BE_REPLACED

Belief in God, as Professor Kreeft shows, is more rational than belief in nothing. Logic, science, and reason, support God. END_OF_DOCUMENT_TOKEN_TO_BE_REPLACED