Advancing—progressing in a direction—implies a past and present, not just a future. What, then, is the broad sweep of God’s story? It began with the very good creation. God created. And He called His creation good. Particles, plants, people, sexuality, community, and work were called good by their creator.

But all that was good was twisted when human rebellion from relationship with God—part of which involves honoring God as our rightful king—came into the story. Fear, shame, suffering, punishment, banishment, but also provision for the journey were added to the human experience. 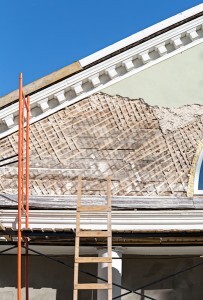 As we are unable to repair the damage from our side, God’s people have always needed God to initiate restoring the relationship. God’s movement to bring His people back into right relationship with Himself, other people, and creation culminated in Jesus, God Himself, demonstrating an astounding love for us such that He would die in our place, removing the guilt and shame that became in human life in that very first rebellion.

God, in relationship with His people—those who once again honor Him as king, continues that redeeming process in our lives individually, in relationships, in social structures, and between people and the rest of creation that had once been declared very good by its creator.

Starting with those first scared-then-bold-beyond-reason followers of Jesus, the too-good news of Jesus has been shared throughout the world. The Church was formed, and re-formed, grown and pruned, planted and withered. Church history overflows with examples of that original twistedness of a good creation being embodied in poor decisions, gross injustices, and hate-filled actions. But that the good news remains (and is also embodied throughout Church history) is a testament to God’s sustaining, story-authoring work. We today also become the scared-bold followers of Jesus, embodying the good news to our families, neighbors, and world.

But the end of the story, ah, the end. We will one day see all that was created, then twisted in sin, become beautiful and fully restored and in right relationship with God! But seeing good restored will be nothing, really nothing, next to the overwhelming awe of face-to-face-knowing our creator. We will never cease to be amazed at who He is and what He has done. Like a novel so delightfully gripping we see and hear nothing but the unfolding story, so, but more so, we will be captivated by the presence of God and will finally understand that this is why we exist. We will have found our home.

We can see evidence of God at work in the world and we can look at our own lives and see evidence of transformation, but we can also see so much lacking. We confidently hope for Jesus’ return but until then, we’ve been invited into God’s work. Just as Adam was given good work in the garden prior to sin, so being forgiven of sin, we have again been given good work to do until that day when our work fully becomes worship.

Knowing Jesus personally as your Savior is the basis for experiencing God’s love and forgiveness. END_OF_DOCUMENT_TOKEN_TO_BE_REPLACED

The only way to live the vibrant and abundant life that God has for each one of us is to allow Him to direct us through the Holy Spirit. END_OF_DOCUMENT_TOKEN_TO_BE_REPLACED

Christ offers us a vibrant life full of purpose and adventure if we walk daily in the power of the Holy Spirit. END_OF_DOCUMENT_TOKEN_TO_BE_REPLACED

Is the Church a building? A Pastor? The Staff? The Music? They are all good things, but they are not the church. END_OF_DOCUMENT_TOKEN_TO_BE_REPLACED