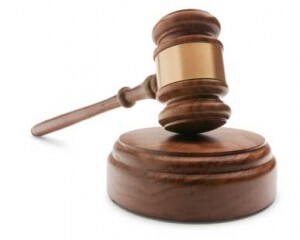 Some people claim there is no such thing as real Right and Wrong. Typically called “Relativists”, these individuals argue that the idea of what is right and wrong is simply made up and agreed upon by people in certain cultures.

Relativists point to the fact that in different civilizations and ages people have held to varying standards of morality. For example, watching people kill one another isn’t considered a form of entertainment today like it was for Romans who frequented the Colosseum.

Lewis uses the example of two individuals in an argument. How common are phrases like, “how would you like it if I did that to you?” or “that’s not fair!”? Phrases like these, as well as the fact that individuals argue at all, indicates a presupposed moral standard. Whether consciously or subconsciously, people believe a standard exists and expect others to to know and hold to it as well. Lewis referred to this standard as the Law of Right and Wrong or the Law of Nature.

So what can be made of the relativist’s argument that the standard of morality has changed over time or is different for certain civilizations? Lewis writes that while there have been differences between moralities, these have never amounted to anything like a total difference. A total difference would be, for example, if one civilization praised selfishness or murder while another condemned it; but murder or selfishness has never been admired by a civilization. Even in the case of the Romans we see that gladiators were typically criminals or prisoners of war. This implies that the Romans were at least trying to carry out some measure of “justice”. While certainly barbaric, the games were a form of punishment for those the Romans believed had violated a presupposed standard.

Lewis concludes that even though the Law of Nature is frequently broken, every person deeply believes in it. Furthermore, in order for a moral law to exist there must also exist a moral lawgiver. This moral lawgiver is God.

For more on this topic see C. S. Lewis’s piece, “God and the Moral Law,” in Christian Apologetics: An Anthology of Primary Sources, 2011.

More articles worth reading:
Does God Exist?
Is Jesus Relevant Today
Is Jesus the Messiah