What evidence is there that Jesus is who he really claimed to be? How do we know he wasn’t some kind of imposter? Let’s take a look at some renowned imposters and see if that title fits Jesus, or whether there is evidence to support his claims. 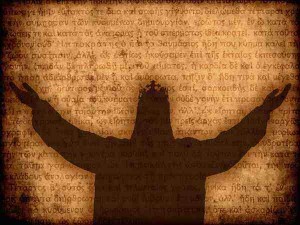 Some argue that Frank Abagnale was an even greater imposter. Between the ages of 16 and 21, Abagnale was one of the world’s most successful con artists. He cashed $2.5 million in fraudulent checks in all 50 states and 26 foreign countries. He also successfully passed himself off as an airline pilot, an attorney, a college professor, and a pediatrician before being apprehended by the French police.

If this story sounds familiar to you, it’s probably because you watched the 2002 movie Catch Me If You Can, in which Abagnale was played by Leonardo DiCaprio (who passed himself off as an actor in Titanic).

What would it take to top Abagnale’s performance as a con man? Well, if Jesus Christ weren’t the Messiah he claimed to be, there would be no contest. We’re not talking about conning thousands, as in the case of Abagnale. If Jesus Christ were an imposter, his con job deluded billions of people and changed the course of 2,000 years of history.

So, could Jesus have been a fake Messiah, fooling even the most noteworthy religious scholars? Is it possible he was groomed by his parents or undisclosed mentors to become the long-promised king that Israel had been looking for?

In fact, if Jesus was an imposter, he would not be the first person in the history of Israel to have lied about being the Messiah. Through the centuries prior to Christ’s birth, and afterward as well, many self-proclaimed messiahs arose, only to be shown to be cons or lunatics.

Ancient Hebrew prophecies had clearly predicted the reign of a future king who would bring peace to Israel and be their Savior. A sense of expectancy filled the land and captivated Jewish hopes and aspirations. In such an atmosphere as Israel’s, could not someone less qualified have been pressed into, or conformed himself to fit, the mold of Messiah? The answer to that question hangs on the Old Testament prophecies pointing to the Messiah.

Continue reading page 2 of 10 about “Was Jesus the Messiah?”

Josh McDowell proves that the bible is historically accurate and reliable and the resurrection of Christ is a historical fact. END_OF_DOCUMENT_TOKEN_TO_BE_REPLACED

Jesus defines Christianity, but what sets him apart from other leaders? END_OF_DOCUMENT_TOKEN_TO_BE_REPLACED

The ancient world agrees that the tomb of Christ was empty. The resurrected Christ was seen by 515 eye witnesses. END_OF_DOCUMENT_TOKEN_TO_BE_REPLACED

John Burke discusses evidence from the Bible and history that indicate Jesus is God. END_OF_DOCUMENT_TOKEN_TO_BE_REPLACED