Receive Jesus
Purpose For Life
Why Jesus?
God Loves You
Can You Be Forgiven?
Eternal Answers
Know God Personally
The Only Way To God?
Going To Heaven?
"Receive Jesus" Videos
Next Steps 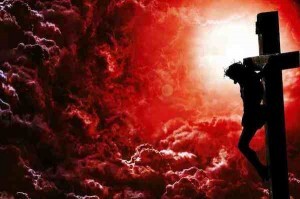 “The claim of resurrection is vital to Christianity. If Christ has been raised from the dead by God, then He has the credentials and certification that no other religious leader possesses…”
(R. C. Sproul, Theologian)

All other religious leaders are dead, but according to Christianity, Christ is alive.

1. How Was Jesus’ Death Different From Others?

Jesus taught that life does not end after our bodies die. He made this startling claim: “I am the resurrection and the life. He who believes in me will live, even though he dies.” Jesus demonstrated his power over death by rising from the dead after being crucified and buried for three days. [read more…]

2. Can We Explain Away the Resurrection? 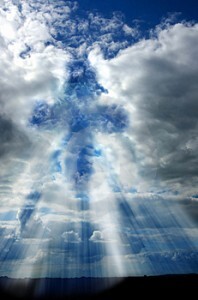 Many have questioned how Jesus’ body disappeared from the tomb. The Jewish leaders accused the disciples of stealing Jesus’ body. But the Romans had assigned a twenty-four-hour watch at the tomb with a trained guard unit.

It would have been impossible for anyone to have slipped by the Roman guards and to have moved a two-ton stone. Yet the stone was moved away and the body of Jesus was missing. [read more…]

3. What If the Resurrection Really Happened?

If there were no resurrection, Christianity should have died out at the cross when the disciples fled for their lives. But instead the apostles went on to establish a growing Christian movement.

Countless skeptics have examined the evidence for Jesus’ resurrection and accepted it as the most astounding fact in all of human history. [read more…]

Your Relationship with God

God loves you and offers you a way to have a personal relationship with Him! END_OF_DOCUMENT_TOKEN_TO_BE_REPLACED

Your Life Has Purpose

Does your life have meaning? Are you created for a purpose? END_OF_DOCUMENT_TOKEN_TO_BE_REPLACED

God loves you, offers you forgiveness, and wants a personal relationship with you. END_OF_DOCUMENT_TOKEN_TO_BE_REPLACED

Each person owes a debt to God that is so great no one but God can pay it. END_OF_DOCUMENT_TOKEN_TO_BE_REPLACED

Be Sure You Are a Christian

A three-fold commitment and faith in Christ are essential for a relationship with God. END_OF_DOCUMENT_TOKEN_TO_BE_REPLACED
Receive Jesus Videos