About this Video
McDowell proposes 2 questions which test the accuracy of the Bible: 1) Is what we have today the same at what was written originally? 2) Is what was written true? McDowell applies a bibliographic test, asking the specific question: “How much time has passed from the time of the original manuscript until the next handwritten copy?” McDowell explains the shorter the elapsed time between manuscripts, the greater the accuracy in most cases. The ancient writings of Aristotle have manuscripts which span over 1,000 years between them. These writings are seen as accurate, whereas the Bible has only 80 years in between manuscript copies, providing evidence for the Bible’s reliability and accuracy.

After watching video, scroll down to see related links.

About the Speaker
Josh McDowell has been reaching the spiritually skeptical for more than five decades. Since beginning ministry in 1961, he is the author or coauthor of 120 books, with over 51 million copies distributed worldwide. 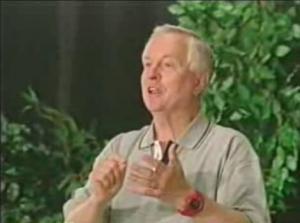 Is The Bible Accurate? (2 of 2) by Josh McDowell

The Bible as Evidence

Is the Bible the word of God or just a story? Dan Kimball examines the historicity of the Bible and whether or not it’s reliable or even relevant. END_OF_DOCUMENT_TOKEN_TO_BE_REPLACED

Is The Bible Bogus? by Lee Strobel

Lee examines the evidence about whether the Bible is trustworthy. END_OF_DOCUMENT_TOKEN_TO_BE_REPLACED

Is the Bible reliable? Eric Metaxas explores some of the ways we can know that today’s version of the Bible is legit. END_OF_DOCUMENT_TOKEN_TO_BE_REPLACED

Is The Bible Accurate by Josh McDowell