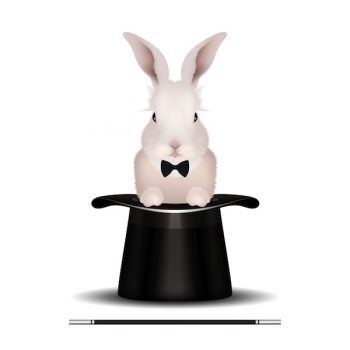 Poof! Wouldn’t it be nice if once we were Christians temptations suddenly lost all their appeal? If Satan simply disappeared? If we didn’t have to struggle?

We often pray, “Lord, take this struggle away from me.” But reality is like King David writes in Psalm 18:39, “You armed me with strength for battle” David, though he depended on God, actually had to fight in real battles where he could have died. Victory was fully God’s but accomplished through David’s very sweaty efforts.

It is the same for us as Christians when we face temptations. We actually have to fight.

If the core of temptation is to get us to depend on something else besides God, then we can fail in two ways: we can not fight at all and just seek satisfaction or security in whatever the temptation offers: work, things, status, sex, etc. But we can still fail if our resistance comes from another sin: pride, arrogance, judgmentalism. We have a responsibility to fight, but fighting has to be done as a form of dependence on God.

Thus resisting is not a matter of saying just the right words, having specialized spiritual knowledge, or an abundance of will-power. James 4:7 is rather simple on this: “Submit yourselves, then, to God. Resist the devil, and he will flee from you.”

We still have to sweat in this equation—“resist the devil”—but our action only comes after our submission.

So how do we actually fight? What follows are some ideas (the exact words are not important) but they are worthless if you are not starting off every day, every attempt at resistance, with dependence on God. That may mean actually speaking the words, “God, right now I choose to fully submit to you.” More deeply, however, it means starting each day and each act of resistance by declaring your identity in God. “God, I am your beloved child, and [paraphrasing Romans 6:6-7] my old self was crucified with you so that the body ruled by sin might be done away with, that I should no longer be a slave to sin— because anyone who has died has been set free from sin.”

Once you’ve declared who you are, identify and replace lies, take thoughts captive, and seek help from your community.

All temptations have a lie involved. It’s like advertising that seems to promise a new life and identity as a result of buying a product. The appeal is based in something true: we want meaningful connection with others, to be respected, or to have joy, but the means offered to give us those things is flawed. New shoes might help you like how you look, but they’re not going to make you less lonely.

Stop and consider what is being offered in a particular temptation. We can respond to a temptation by saying, “I reject the lie that ______ and embrace God’s truth that _______.” This can be especially helpful if we’re dealing with habits of sin where we have probably developed go-to justifications (lies) that ease us into giving in to the temptation. Ask the Holy Spirit to identify what those lies are for you, and learn what truth the Bible teaches that counters that.

For example, in the context of struggling with jealous thoughts, “I reject the lie that I’m more deserving, that it’s okay to sit in pity, and I choose to trust God’s truth that contentment is found in him.”

2 Corinthians 10:3-5 says, “For though we live in the world, we do not wage war as the world does. The weapons we fight with are not the weapons of the world. On the contrary, they have divine power to demolish strongholds. We demolish arguments and every pretension that sets itself up against the knowledge of God, and we take captive every thought to make it obedient to Christ.”

The main battle against temptation is in our minds, well before action has taken place. So a major part of resisting is to identify the sinful thoughts or the thoughts that lead us toward sinful action or inaction, and refuse to let them linger. One way we can do that is by saying, “I reject that thought in the name of Jesus.” Simple and quick, a phrase like that brings us to dependence on God, identifies the thought, and chooses to do something with it instead of feeling helpless before it. As the thought returns (it’s ok if it does, but again don’t let it linger), speak that phrase again. If tempting thoughts are persistent, be more intentional in addressing it by quoting scripture, like the passage above. If you are still bombarded with tempting thoughts or the appeal hasn’t lessened with resisting, it is time to:

Seek Help from Your Community

We were not made to battle alone. God, in his wisdom gave us other believers on whom we can depend. James 5:16 bluntly states, “Therefore confess your sins to each other and pray for each other so that you may be healed. The prayer of a righteous person is powerful and effective.”

When we have tried resisting temptation and it still seems too strong, it is time to ask for help. We can pray with someone, ask others to pray for us, even calling or texting someone takes you out of the isolation of the tempting moment and connects you to the body of Christ, the Church.

Knowing Jesus personally as your Savior is the basis for experiencing God’s love and forgiveness. END_OF_DOCUMENT_TOKEN_TO_BE_REPLACED

The only way to live the vibrant and abundant life that God has for each one of us is to allow Him to direct us through the Holy Spirit. END_OF_DOCUMENT_TOKEN_TO_BE_REPLACED

Christ offers us a vibrant life full of purpose and adventure if we walk daily in the power of the Holy Spirit. END_OF_DOCUMENT_TOKEN_TO_BE_REPLACED

Is the Church a building? A Pastor? The Staff? The Music? They are all good things, but they are not the church. END_OF_DOCUMENT_TOKEN_TO_BE_REPLACED