In July 2016, two teenage jihadists slit the throat of a priest celebrating mass at a Normandy church. Other attempted knife attacks in public places — often targeting soldiers on patrol — have been thwarted and not caused fatalities. France, where more than 230 people have been killed in terrorist attacks since 2015, remains on high alert and under a state of emergency.

The attacker struck at the bustling central Saint-Charles station in the Mediterranean port city at around 1.45pm. “Everyone ran out screaming; that’s when I heard two gun shots,” Lionel, a student doctor, told Le Figaro. “In less than five minutes, dozens of police were there and blocking the station.”

Another witness told France Info radio the attacker had approached the victims from behind. 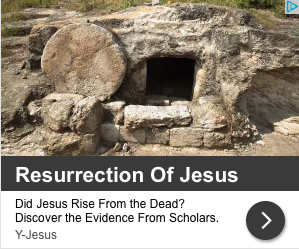 Armed police were deployed afterwards and the grand and ornate rail terminus in France’s second biggest city was evacuated, stopping all train traffic on one of the country’s busiest lines.

The soldiers who shot the attacker dead were posted at the station as part of Operation Sentinelle, in which combat troops patrol streets and protect key sites – from synagogues to art galleries, nursery schools to mosques and Métro stations – in the army’s first wide-scale peacetime military operation on mainland France.

Sentinelle was launched after the massacre at Charlie Hebdo magazine and a kosher supermarket in Paris in January 2015. But after the November 2015 attacks that killed 130 people, the former Socialist president François Hollande increased the presence to 10,000 troops across the nation, with about 6,500 of them in the Paris area.

Caroline Pozmentier, Marseille’s deputy mayor in charge of security, said the city hall had paid tribute to the soldiers “when the number of victims could have been much higher”.

“The two most important days in your life are the day you were born and the day you find out why.”
~ Mark Twain